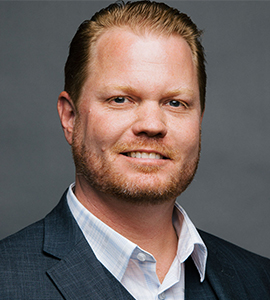 David is Co-Founder and Principal of Elm Grove Companies. He acts as the Head of Acquisitions, Planning and Development Strategy at Elm Grove Companies. With over 20 years of experience as an entrepreneur and real estate developer, David has led the growth of Elm Grove from a two-man startup, to the multi-facet real estate investment firm it is today with 5 regional offices and 100+ employees. Since its inception, Elm Grove has developed over $150M in real estate including 350+ houses and managing 1500+ apartments.

David is well-known for his architectural creative concepting and design work with notable projects such as the introduction of micro-living at The Flats in Manchester, NH, the loft-style exposed brick apartments at the Kearsarge/Star buildings in Concord, NH, and the modern, urban downtown-living centric apartments at Pearson's Place on Elm Street in Manchester, NH.

David also serves as President of Elm Grove Cares, the firm's philanthropic foundation. He is an active member of the Manchester community and was recognized as Emerging Leader of Year in 2010 by the NH Charitable Foundation. He is a graduate of the Leadership Greater Manchester Program and was selected to the Union Leader’s list of 40 under Forty.